We design and fabricate voltage regulators and power distribution systems for our alternators and for other power systems.

In many cases, the voltage regulation and power distribution system must be customized for the application. Depending on the equipment being powered, the system may need to supply multiple voltages.

There are two types of PMU. Type I are used in variable speed systems, such as in traditional fixed wing aircraft. Type II are Hybrid/APU units, used when the engine only generates electricity and runs at a mostly constant speed.

Both types can include many features, such as secondary outputs, back up battery management, external power connections, and output signals. 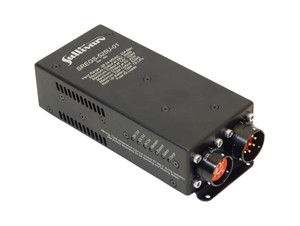 Airframe PMUs are designed to provide power over a wide RPM range, to reduce the amount of time using the backup batteries. Units are lightweight, have forced air cooling, and are highly efficient for minimum fuel consumption. 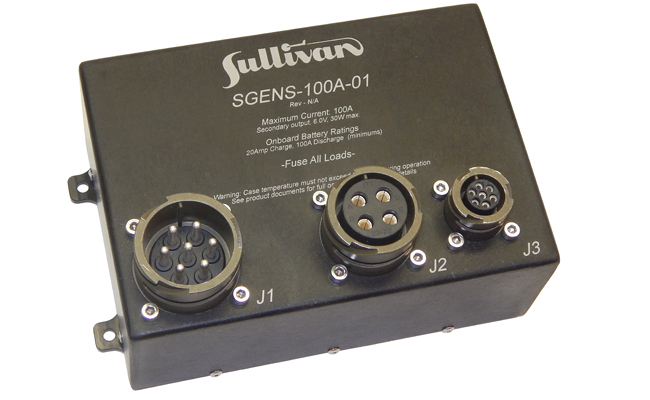 Hybrid/Auxiliary Power Units (APU) systems convert all of an engine’s power to electricity. The engine runs at a nominal RPM. The alternator is wound for the desired output after rectification at full load. The PMU is primarily an active rectifier and filter, and modulates throttle to maintain the output voltage as loads vary.

Hybrid systems are common in vehicles using electric motors for propulsion. The generator system extends flight time by using fuel to increase stored energy for a given weight. APU systems are electrical generators used in vehicles or as ground support. Sizes range from very small to very large.